Just Swinging and Wishing and Hoping...

Hello Hello
It's been awhile, hope you all are doing well. For those of you here in the US I hope you all are surviving this weather, it's certainly been crazy.
I've been pretty busy around here lately; first with a birthday party for our oldest daughter, she turned 8 this year; then as part of her birthday gift and the younger one's late Christmas present, we signed them both up for dance so I've had to adjust my schedule for that; lastly I have been finishing up a custom order for a co-worker who had asked me to make a Senior/Grad Album for her niece, so I am finally getting that completed and off my desk.
Looking ahead I'm gearing up for another custom order that I'll be starting on this week hopefully and I'm excited to finally have a reason to break into my Graphic 45's Little Darlings Pack now that I have a baby project, but more on that later. 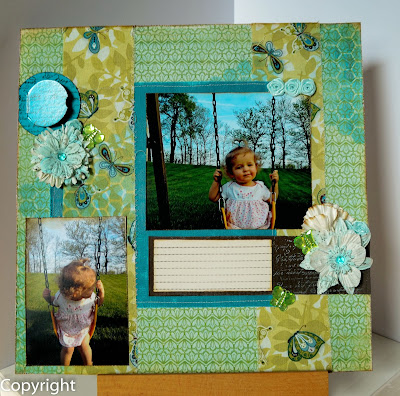 As for right now I wanted to share with you another older layout before I start in with the new ones(which I mentioned awhile back). If I remember correctly this one was done either late in 2012 or early 2013, I was really excited that I had found the fabric paper one day at JoAnn's so I think that is what inspired me to do the 12 x 12 thing. Ironic as that is - because I don't normally feel inspired to do any - but then as soon as I got this paper home I knew exactly which photos I wanted to use for the layout too - double whammy (which NEVER happens).
But I sure do like the results. 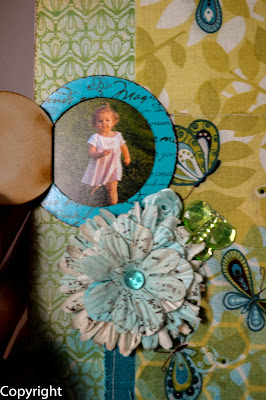 I found lots of other bits and pieces to add in and add on, including one of those peek-a-boo window things that I ended up with somewhere along the way. I used some distress inks on the flowers and some Tattered Angels spray mist on the layout with a stencil, added on the butterfly bling and the flower bling and called it done. 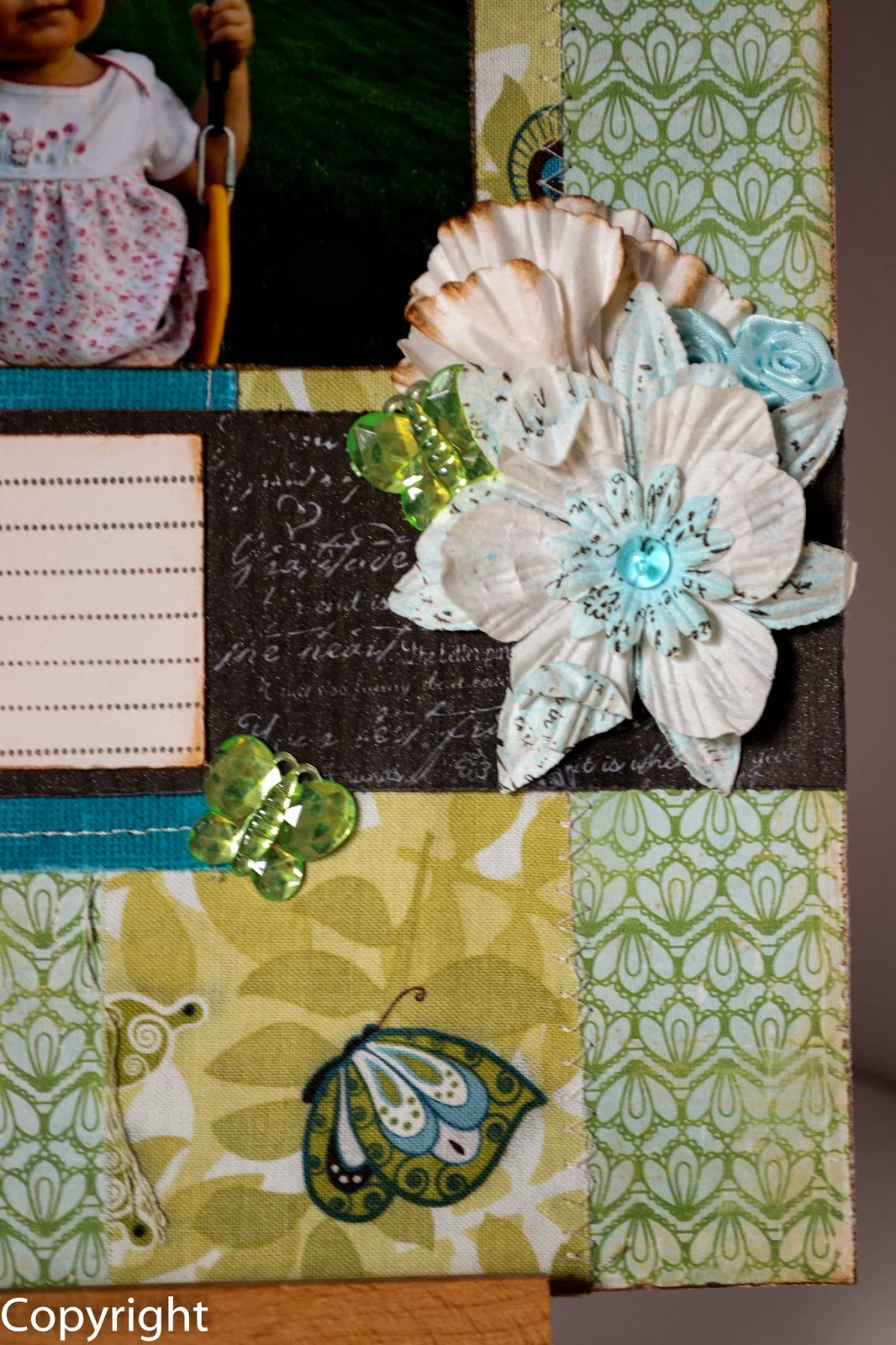 As you can probably tell from this photo above I haven't done the journaling yet, that still always seems the most daunting part of the process for me. I'm not really sure why either, I use to be a regular journaler, not daily necessarily but every few days at the very least, but since I've had kids (and you now know that's been awhile ago) I find it really difficult to figure out what to write about, what to say exactly. I don't want to come across as a news reporter or a generic documentor but I'm so far removed from that creative writing class that I took in high school that I have no idea how to even begin an interesting opening sentence much less an interesting paragraph or two. So I guess I've subconsciously decided that none is better than either of those other two options...
humm...
maybe I'll work on that this year!
**note to self**

Alright well I suppose that's it for now, thanks for stoppin' in. Tomorrow I have one more layout that I want to share before moving onto the new ones so be sure to check in again, and then later this next week I am hoping to get the Senior/Grad Album up, been wanting to share that one since I started it. I think it has turned out well but you be the judge!
Enjoy the rest of your weekend, take some time out to be creative and I'll see ya soon.
just B