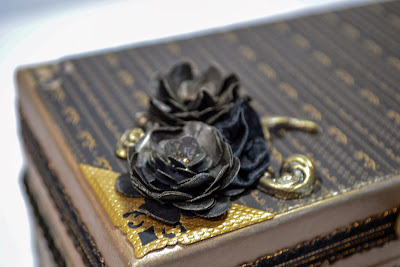 Happy Thanksgiving
Hope you all are filling your bellies full of some turkey and stuffing, maybe some mashed potatoes with gravy, gotta have some cranberry sauce and a sweet roll, then top it off with a piece of pumpkin pie first then a double helping of pecan pie. 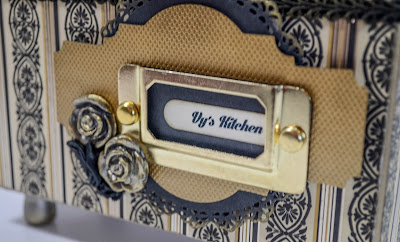 Are you full yet? I am and I haven't even started. And by the way I think I just gained 'another' 5 pounds...
make that 10 (I just reread that list again) :O

So for today I thought that I would share with you, not another layout, but a house warming gift that I made for a friend @ work.
Mind you this is my very first attempt at this particular piece but I think that it has turned out quite lovely.

With all the cooking that's been warming up kitchens across the US this week and today being Thanksgiving, sharing this piece seemed fitting. 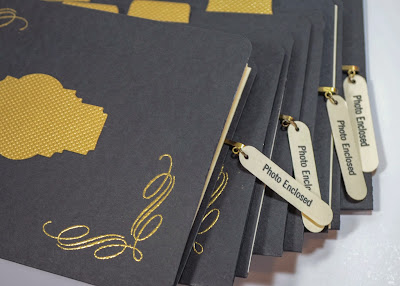 This is an altered recipe box...
what do you think so far?
Pretty isn't it? 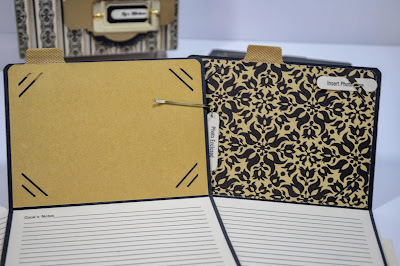 So for this project the first thing I did was to decide how I wanted to present it. I know that my friend likes black and gold...
!!Go Tigers!!
So that's where I began. I went to Hobby Lobby looking for a black and white paper pack, something really generic, but then I stumbled across this little gem. This gold and black patterned stack was like striking gold. Immediately I knew this was IT! so I grabbed it and then started brain storming. 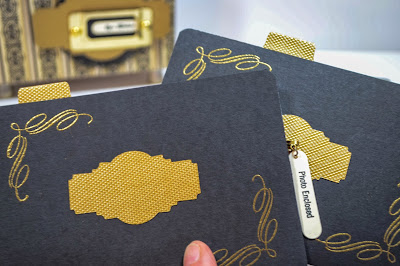 At first several ideas came pouring in but gradually I narrowed them down.
What finally stuck?
Well as you know I am an Instagram addict and so that's where the idea came from. My friend Vy loves to cook and it never fails that whenever I jump on FB for a bit she's posted a new picture of something she's made in the kitchen. So it got me to thinking...if she's already cooking (recipe box could get that base covered) and then snappin' a pic (photo mats for the pics ties that in) how would that translate into a house warming gift?
Simple...
I'll make her an altered photo recipe box and she can use the photo mats for her FB pics of all the cool things she makes. So I created my own tabbed file folders and when they come out they open like a hanging file. On the inside I at the bottom of the file folder I added a 'recipe card' for notes that she may want to jot down and then at the top of the file I added a photo mat so she could tuck her 4 x 6 photos in and have the current food picture on display in that particular file. 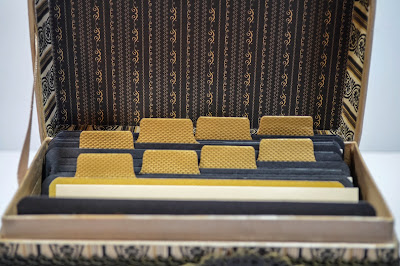 When I made the outside of the file folders I did think to add a blank label to each of them so that she could write in whatever pictures are going to occupy that file. So like this file in front could be labeled Beef...say she has a couple of photos: beef tacos, hamburger, lasagna - the most recent photo could be displayed in the photo mat and the rest could be sitting 'filed away' behind the file folder.  Point being, with twelve folders this surely ought to help her get and stay organized with all of her 'food' pictures. 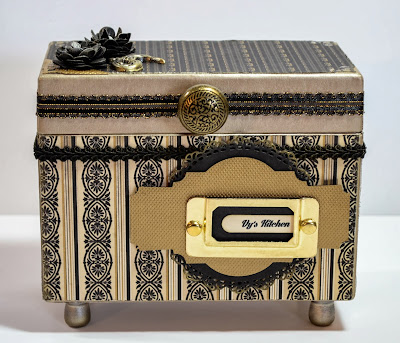 So how cool is that? Do you like it?
I freakin' love it! I think that it turned out super cool and hopefully she's grasped the concept of how I intended for it to be used but even if not, it's still totally usable
how ever she decides. If she wants to use it as an actual recipe box - she can - absolutely...in fact she could probably even fit a recipe card in the photo mat...so it actually has a dual purpose now, that is cool! if I do say so myself :)

Well tha...tha...that's all folks!
Hope you have a wonderful holiday today, enjoying family & friends and all the blessings that mother nature bestows upon us.
I thank you so much for being apart of my world and taking time out to let me share with you. I would love to hear from you, leave me a comment anytime and I'll respond as soon as I can.
Thanks again!!!