Hello Hello
How are you today? Were you able to make it through Monday? I do hope so and without to many issues. 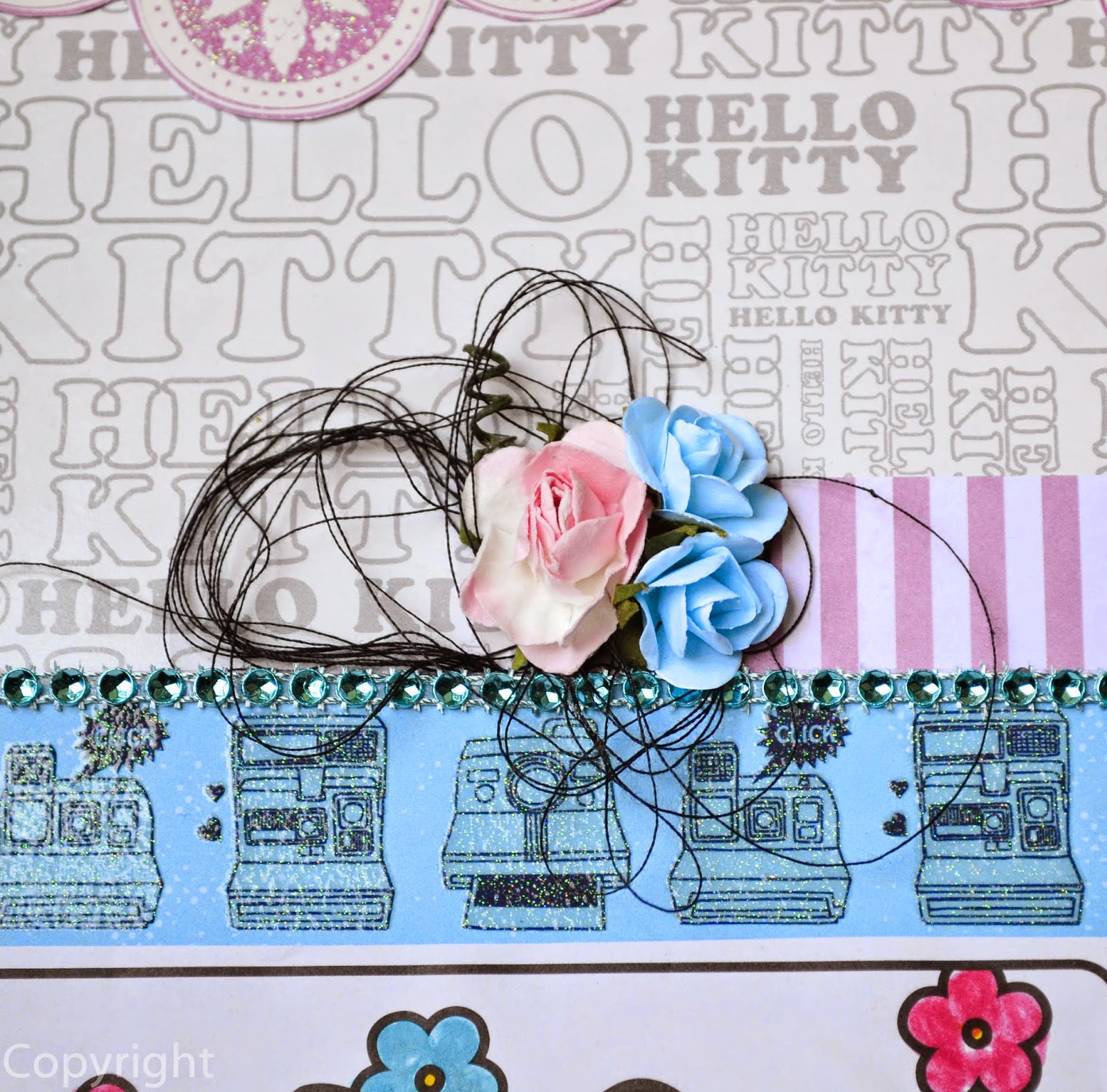 Today I wanted to share with you a layout and as some of you may know already I have found a new love in doing layouts. Now granted mine are really simple, I have not yet mastered the whole layering thing even though I totally love it so bare with me. The reason for my sharing this one is actually two reasons: 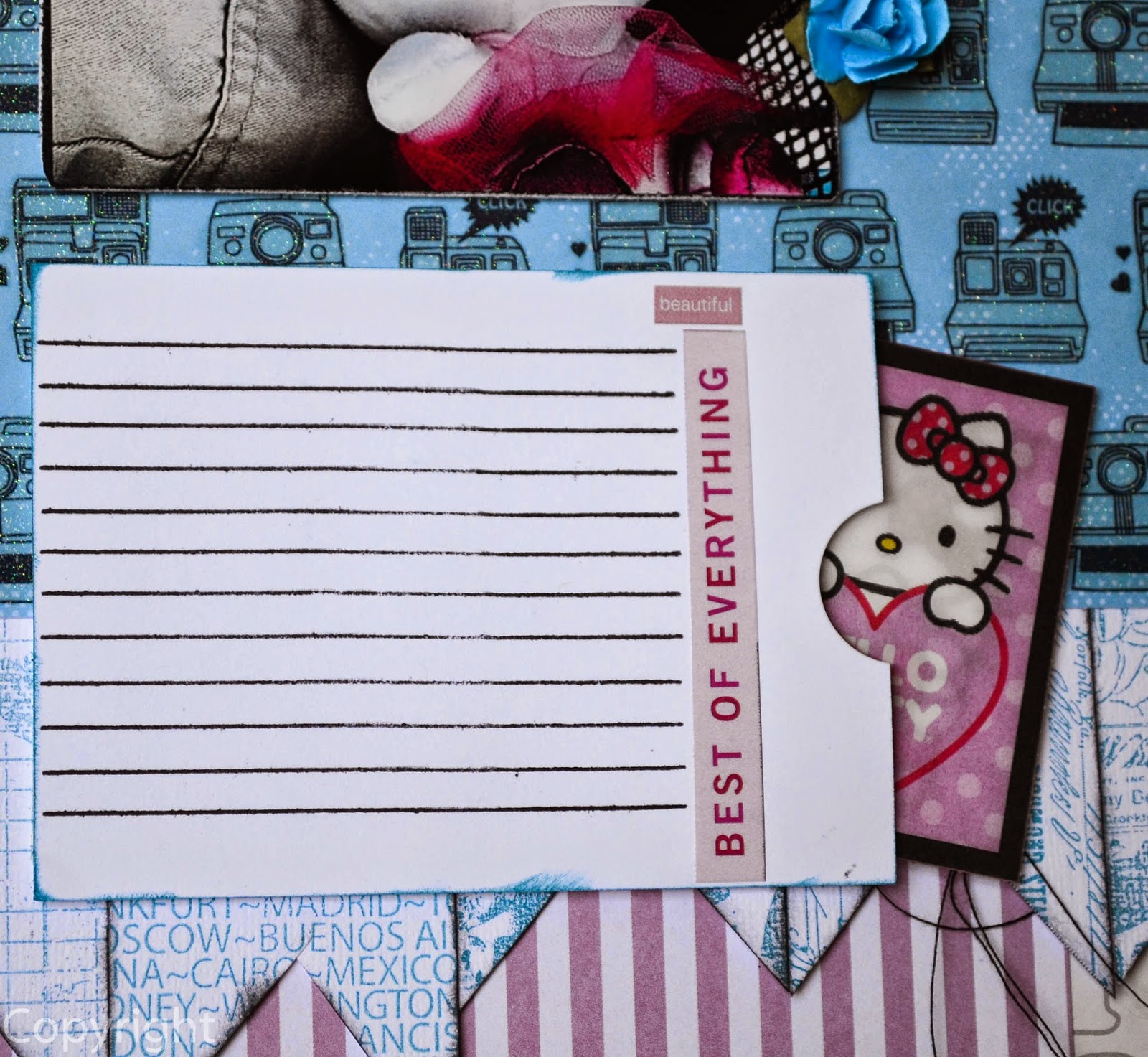 First of all I wanted to share how I mixed in some 'everyday pieces' on this layout. The first one I used was a Valentine's Day card (pictured above) that my older daughter had taken to school on Valentine's Day a few years back. We had a couple of extras so I kept one for just this purpose because I thought that it would be a really good addition to a Hello Kitty layout and knowing that my youngest is also a huge Hello Kitty fan it wasn't going to go to waste. The card is one of those plastic or vinyl kind that has the double image and depending on which way you hold it you can see one image or the other, it's cool so I kept it and now I'm glad I did because it's darn cute. 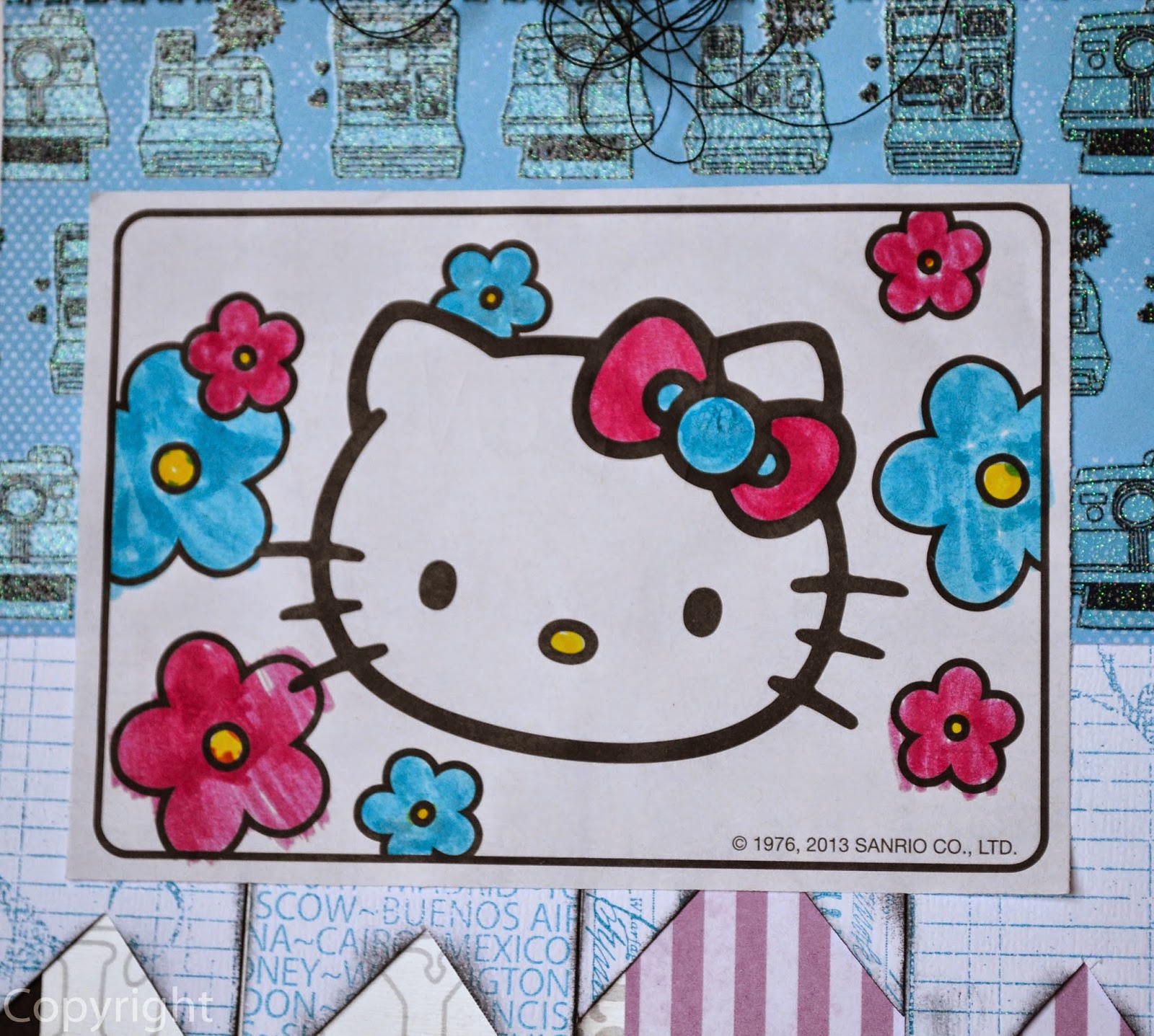 Secondly I used one of my younger daughter's coloring pages (pictured above) that she colored and I was quite impressed that she managed to stay within the lines for the most part (for a four year old that's pretty cool). I also really liked the two colors she used...so well in fact that that's what became my color palette, that is what got this page even started - was her Hello Kitty picture that she colored for me. Shortly after I had gotten the idea to keep both the coloring page and the Valentine's Day card I remembered taking this  Instagram photo while we were out one day so...low and behold...a layout was created, complete with photo and memorabilia. 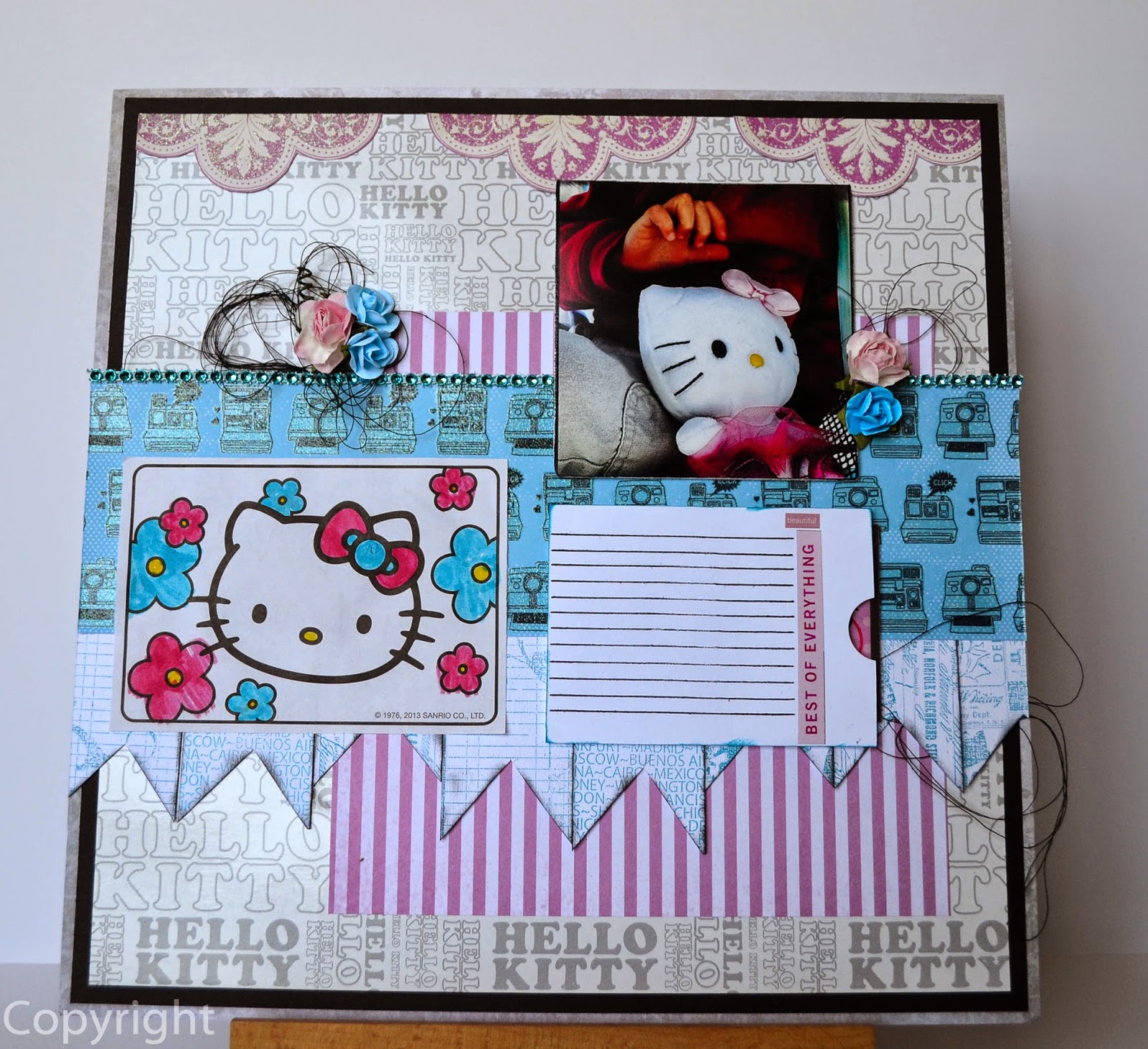 Oh wait...I actually have a third reason that I just now notice...
the background paper that says Hello Kitty in the gray type (you can see it along the bottom of the page) is actually the packaging from some toy that one of them got for a gift, when I was opening the box I noted that I really liked the typeface that was used and so I kept it too. Crazy huh? Well in this case I suppose all of them worked out in my favor and with gray being such a hot color as of late, I'm even in 'style'... YES!!!
Alright so hopefully this gives you some more ideas to consider using as 'embellishments' rather than always thinking you need something 'new'. Don't get me wrong I love 'new' probably way more than I should, but for those wanting to keep their budget's from getting to crazy this is a really good alternative and also a more 'documentative' piece to add or at least to include. In my mind the coloring that I used that my own daughter colored...is way more meaningful and descriptive of her than any sticker or stamp that I own or could buy so why not use it? I'm just saying is all...it's your call.
Truth be told, I have found it really hard in the past to use actual pieces of ephemera from our everyday world (newspaper clips, ticket stubs, receipts, etc.) because typically it doesn't match one bit to what I already have going on but after having done this layout I am excited to try again with other things that I've kept over the years just to see what I CAN do with them.
Hope this helps
-until next time-
Craft On