Who Are You Again? 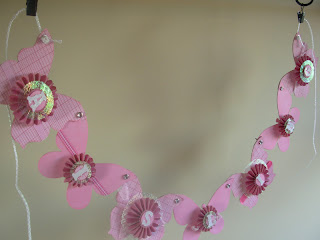 Hope everyone has been enjoying a beautiful beginning to Spring.  To celebrate this glorious season I thought that I would share my last holiday project/gift that I did for my best friends two kids.  Starting with Aisling's because hers is bright & sunny which is perfect for today followed by William's. 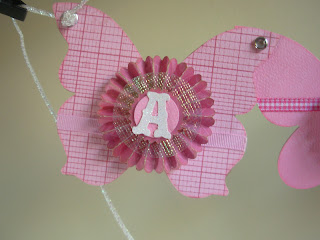 I came up with this idea after watching several crafty peeps on you tube and thought....'hey I can do that - I have a couple of fairly good size dies and lots of pretty scrap book papers - shouldn't be too hard'.
Turned out super cute!!! 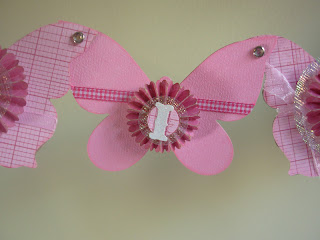 So this is what I came up with - a butterfly name banner!  I did run into a bit of a problem with the rosette, the original die from Tim Holtz was too big and drowned out the butterfly so to fix the problem I went and got the second rosette die that was released which was small enough to fit just right. 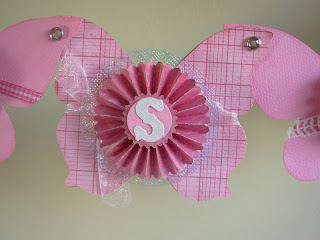 For the letters I used another one of Tim Holtz's long strip dies and did those in white so that they would show up against that bright pink paper.  As for the shiny piece behind the rosette that ironically enough came from Tami's baby shower for Aisling, it is one of those table top crinkle sheets that adds a ton of shine and a bit more protection (at least that's the best description I can think of).  Even then Tami was thinking of me & my obsession and asked if I wanted it to go in my 'scrap' stuff.....ha ha.....little did she know.......


Well that is Aisling's banner, now let's take a peek at Will's banner.  His turned out totally awesome - I stepped it up for this one having no idea that it would be this cool.  For this I used one of my Quik Cut dies and then made my own little pennant and used Tim Holtz's ticket strip die.  Years ago, I mean years ago, I found a 'football texture' speciality paper @ JoAnn's that is still available today and finally thought of a project that would require it's use. 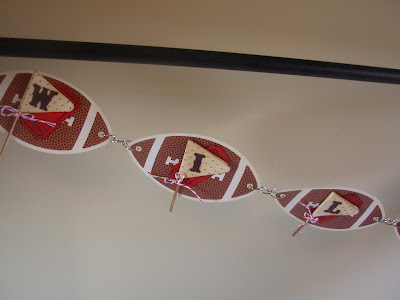 Just thinking about how to build a football is challenging yet here it is - completely realistic and then how to attach  it together....well.....hum....we'll use chain (because the NFL uses chains)...right! and then how do we get crowd participation?  Give them a cheap team souvenir (you know you all have the giant foam hand) my souvenir just happens to be the pennant...which is waaay cooler.  =) 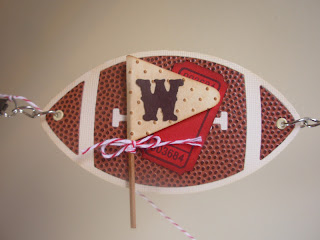 And well now there you have it...a football name banner! 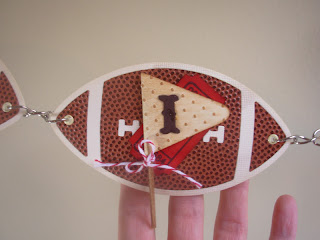 For the pennant I used another Quik Cut die then ran it through an embossing folder, I inked the edges and added it to the end of a fancy toothpick, once it was dry I tied a short piece of baker's twine around the base.  Keeping with the theme is where the ticket stub idea came in because most everyone has to have a physical ticket to get into a game so....there again....I used a Tim Holtz's die to create it.  Not bad if I do say so myself...of course I still think I out thought myself.  I really like this one. 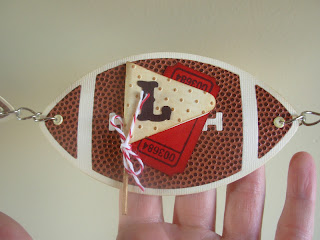 So all in all I did one for Aisling (butterflies) one for both of my nieces (both butterflies) then one for William (the football) and then one for my nephew (the football of course).  Alrighty then...there are my versions of name banners, I hope you like what I came up with and give it a try sometime for yourself....you might just surprise You!
Thanks as always!
just B
Labels: gifts to give girl theme name banners novelties for my best friend sports theme