Hello again! Okay so I have found a few minutes to share with you, like I said that I would. As of late, I have mostly been working on layouts. I consider myself still new to this concept so my pages tend to look elementary to me and maybe a bit simple, but I have come to enjoy this more & more. I have come to learn that less is more sometimes, and that the fewer elements, the more room for the story. Now you will notice that most of the pages have no story...yet, but they will eventually. I am still in the process of figuring out what I want to say and how to say what I mean. Also my struggle in the past and still sometimes now is what to say. I want my writing to be meaningful but also interesting to the reader, and years down the road I want to read it and know it like it was yesterday (does that make sense?) Anyways, I also have one project that I have started, it will be an on-going type of project though so who knows when it will be done. The pictures to follow are first of the project then on to the layouts, I hope you enjoy! 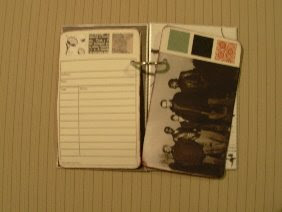 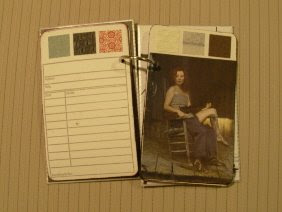 This mini book is dedicated to music! I have used my new 'library card' stamp that I picked up @ CKC and stamped the image on to a 3x5 index card, punched 3 small squares to decorate the empty space at the top and then on the opposite side I used my printer and printed a copy of the CD covers of some of my favorite artists/albums. Eventually I will write in the space on the 'library card' lines about why it is my favorite or maybe how it effects me. This project is solely for me and me alone, if in the future someone finds it cool or interesting then wonderful! 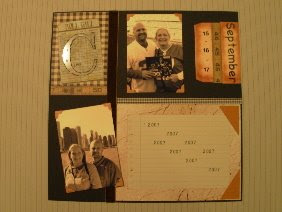 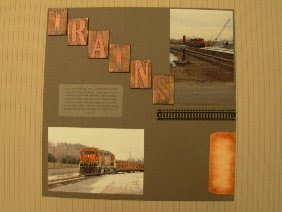 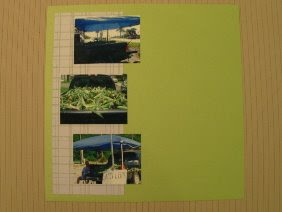 These three layouts I have done to add into my album. They are just things that we have either done with or without other friends & family. I haven't quite decided how I want to set up each of my albums but as I have it for now; there is one of just Liberty, there is one of outside family (brothers, sisters, parents, grand-parents, & friends), then this one I just mentioned that is primarily just Bill & I. This album so far has the least layouts in it because these stories can be told at anytime where as some of the other stories seem more important to get down on paper. 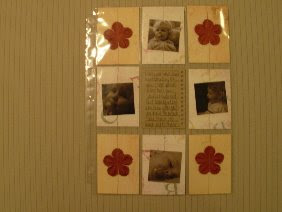 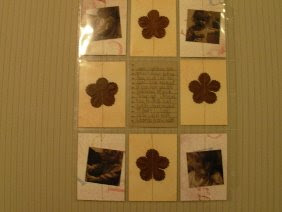 In the two layouts above you will notice the page protector I used is different from any other, that is because it is actually a baseball card protector. It's kinda funny because I bought a package of these years ago to store ephemera in not realizing then what a cool and different way to showcase a layout. I picked this idea up from none other than Mrs. Ali Edwards.
The following two layouts are also inspired by Ali, I have taken a black paint pen and drawn a box right onto the layout and that is where all the stuff goes is into those boxes. This makes for a very simple plan and very easy to fill in with just bits & pieces of left overs. I like this layout process a lot and will be using it in the future. 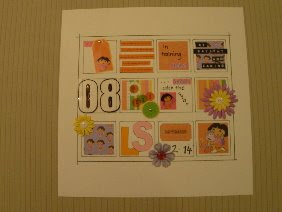 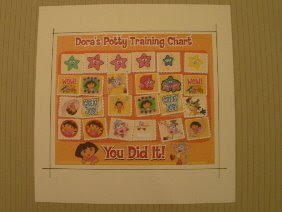 Speaking of stories that need to be told; right before I went to CKC, I sat down and pulled out all of the layouts I have done or are in progress, then decided what I thought was missing. The following four were definately missing and infact the first two have been added into MY album, because it was important to me. Having a baby is a huge change and one that certainly needs to be documented. The layouts are not complete but the base is established and ready to be added onto in the future. 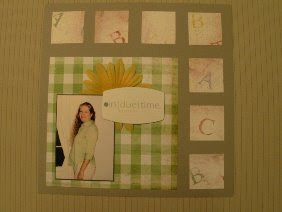 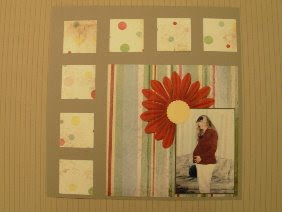 The following two are at the beginning of Liberty's album and document her birth. At some point I will get around to filling in the journaling but until then, it's okay as it is. 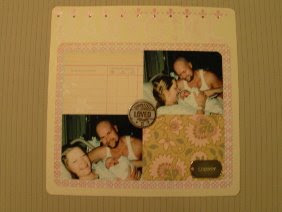 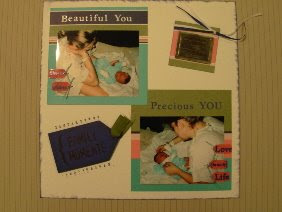 Now the following three layouts are, in my mind, traditional scrapbooking. In them I have actually used bits & pieces of things from our life. In this first layout Liberty did a jump-a-thon and this was the certificate she came home with that said how many jumps she did in a row {4} and so I made a half layout for it {half is 6x12}. Then the second layout I needed something to back the previous and I came up with the thought to write Liberty a letter and so that is what that is, the letter I wrote to her. My hope is that in a few years she'll flip through the album and see that and want to know what it says, which at that point I can talk to her-really talk to her and let her know things that I wished I'd known a lot sooner. The final layout is her second place ribbon she got from her first and only baby pagent that my mother-in-law put her in when she was 6 months old. Granted there was only her & one other in the 6 month old division, but we still thought she was the cutest! All in good fun, so why not document that as well? It's all apart of life and the lessons we learn everyday, and that is certainly worth notation. 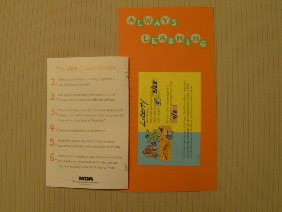 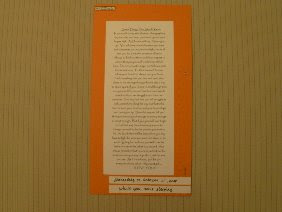 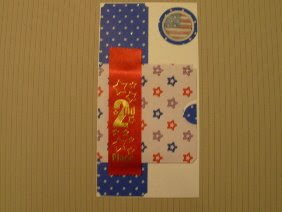 In all, this year so far I have learned a few precious lessons of my own. Less IS more and simplify wherever possible, including in scrapbooking. Time is of the essence and there is no time like the present to be present and in the moment. Scrapbooking is so that you'll remember those moments when you're my great grandmothers age and she just turned 99 this September. Think about it!