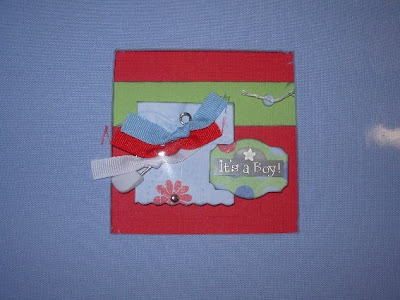 Yesterday I introduced to all of you a very special little boy, now here are some photos of the baby album I made for him and his momma, hope you like. I am quite proud of this project because although I put it off for awhile, once I started it, I finished it rather quickly. I think the entire process from start to finish took me roughly 18 hours...that is like 'lighting speed' for me. The difference I believe was, first, that I used a paper pack (so none of that trying to find papers to match - the pack already matches) second of all, I scrap lifted the page layouts (meaning I let someone else do the hard work for me). Now some might call that 'cheating' and in a sense, I agree - but that's the cool part about being a scrapbooker - it's OK to cheat! 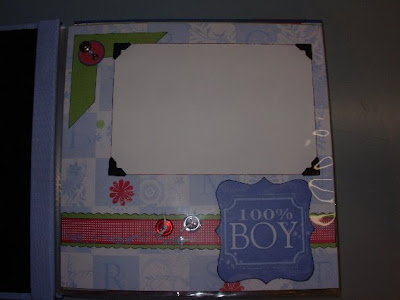 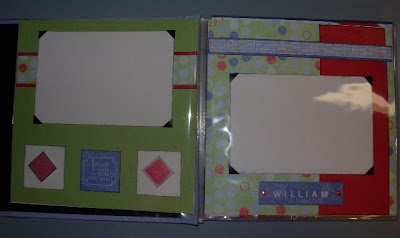 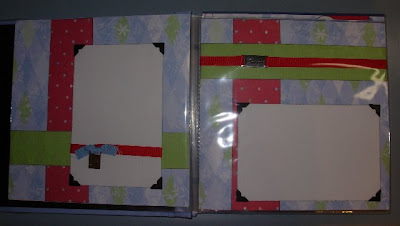 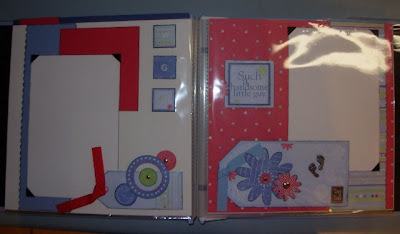 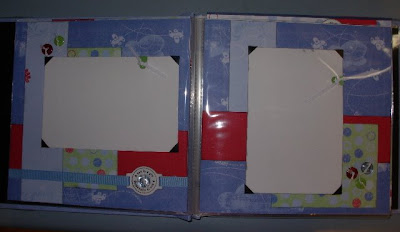 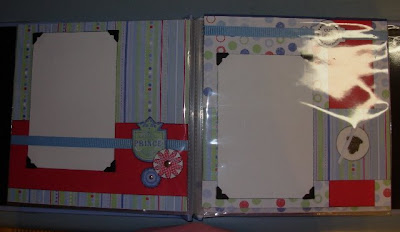 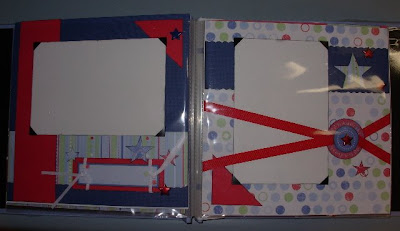 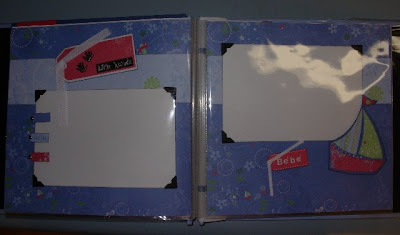 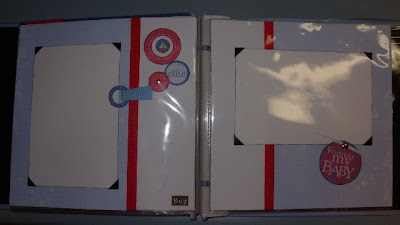 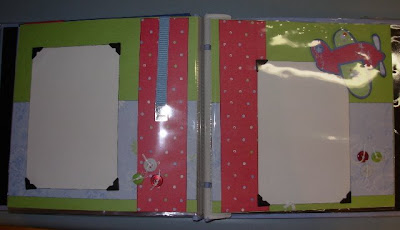 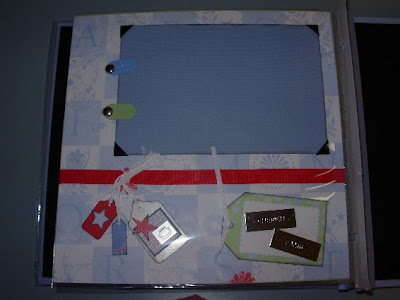 Now this is the second baby album I've done for Tami and this one is completely different from the first, although the first is good, it has a completely different feel. In that one I didn't use a paper pack, nor did I intend to make all the pages match, so it is very eclectic. Maybe another day I'll post photos from that album.
Between the two; the first one was certainly more creative: the colors were all different from page to page, the embellishments were all different from page to page, and absolutely nothing from, beginning to end, matched - but it worked for me @ the time. This second one; well although 'creative' in the fact that I did make it, the process of putting it all together was much simpler for me, I didn't have to over-work my brain this time around.
Between the two which one would I do again? Without a doubt the second one. As a mom of a 3 1/2 year old and another one on the way, the second one was so much more fun because I was still being 'creative' without all the fuss. Would I ever make another of the first? well never say never - but most likely not - it doesn't fit my style any longer and I certainly don't, nor won't, have the time for such a creative endeavor.
Now you might wonder what my daughter's baby album looks like - in all honesty - it is a traditional scrapbook album, it's not quite 12x12 but close (*reminder to self* - stay away from Hallmarks 'scrapbook' albums - the pages are 10x12 1/4 - and they are not top loading - before buying - double check - remember the headaches that odd size caused). Now that said, as for this second child, what kind of album will I do? Well being that I already have the paper pack, the embellishments, ribbon, etc. all ready purchased and ready to go, (I even have the 8 1/2 x 11 album too!) it's just a matter of deciding how I want the overall feel of the album to be - and that will probably have to wait until she gets here; but most likely I will try for something similar to the one above, that I did for baby William.
Well that's all I have for today, hope you enjoyed the album - as I said earlier - I will try to post photos from Aisling's album soon (if I can find the photos) then you can decide for yourself which style you like better. As for my next posting, I will have some layouts to share with you so check back later in the week and thanks for stopping by!
just B