Did you all think I forgot about you, I didn't I promise. I have just been taking a much, much needed break...away from my scrap room, away from my blog, even away from all my 'to-do's'...yes and I'll tell ya - it's been nice.
So you ask, "what have you been doing then just B?"
Well...I've been a book worm for the last month, truth be told I haven't even finished my December Daily yet because I got caught up in all the 'finishing touches' that a momma has to do and well you know the rest... 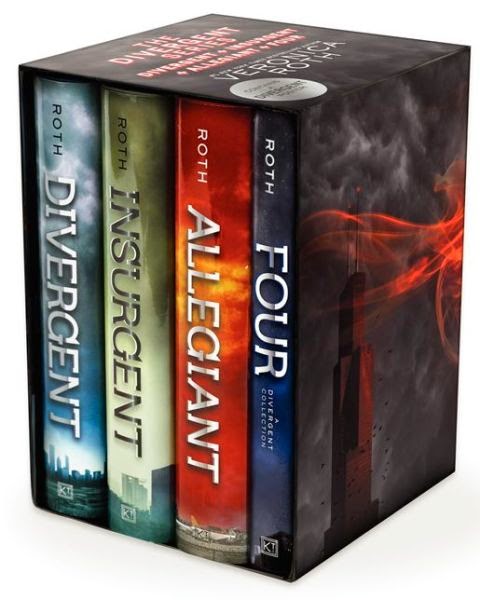 Holy hell, what a freakin' ride.
I just finished the Divergent series and I am still trying to process everything that happened.
Veronica Roth has spun a series so fascinating and ultimately addictive that I couldn't put it down and I just want more...
So now I'm currently reading Four and seeing life from his eyes and I am just as intrigued.

I have read a lot of negative feed back for this last installment {Allegiant} particularly and well...although I can't disagree that I am upset by the ending I also have to admit that while I didn't care for it at first doesn't mean that that's not what really should have happened.
I've read things such as - 'this book is so far fetched and nothing is plausible' to 'why bother putting so much into a character just to end her' to 'nothing about this book is realistic'
----
so my response to those who have dubbed the book a complete fail let me remind you that first of all, it's not your story it belongs to Veronica Roth and second of all if you want something based in reality read The Fault in Our Stars or better yet read something NON-FICTION then you'll have a basis for your compliant when things don't add up. The whole reason for this story is to Entertain hence it being filed under Fiction but it also allows us the opportunity to expand our thinking about this type of situation. I don't know about you but I personally don't put anything past our government and something even a sacred as genetics -in their mind- is fair game so even though this thought scares the shit out of me I also think that it is a real possibility in the very near future and something that we should avoid at all costs.
Whether you believe in Creation or Evolution I don't think that interfering with our genetic code is something we should ever attempt or even take lightly and I don't believe that was Veronica's motive. I believe she feels similar to many of us which was probably one of her many reasons for writing this book, although entertaining it was also a way for her to hash out her own fears and doubts about genetic testing/coding and the dangers therein, and what with this series being so popular now maybe someone, somewhere, will take the dangers seriously. Am I saying that Veronica is predicting the future of science? Of course not, no doubt this is an area already being researched but that doesn't mean that she can't have her say that helps fight against the many others who think this kind of science experimenting is good, but this is just my own personal opinion.

Ultimately I am glad that I did in fact read the entire series and that I did not listen to all the negative feedback about this series and the final installment. Granted my view for sure would have been altered a bit if Allegiant had ended differently -the romantic in me would have been much happier- but I believe I would have sorely missed the most important message that Veronica was ultimately teaching, and that is: to hold the ones you love close, cherish them and respect them  because you just never know when it'll be the last time.
This is all that I have for today, maybe I'll have more tomorrow or the next day but being that I haven't done any creating in
f-o-r-e-v-e-r
I'm not sure I'll have something of significance for at least a week or two but I may rant-and-rave again if I read some more so stay tuned for that if you so desire...lol!
Thanks for stoppin' in I do appreciate it - and I promise I will get back into the groove of crafting in the very near future I'm sure of it,  but until then...
keep calm and read on.

Check out this book on Goodreads: Allegiant (Divergent, #3) http://www.goodreads.com/book/show/18710190-allegiant