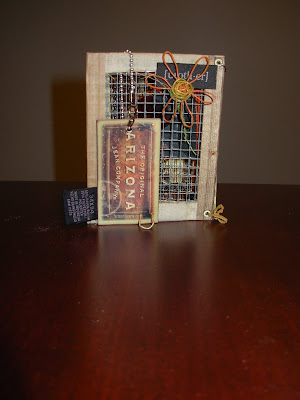 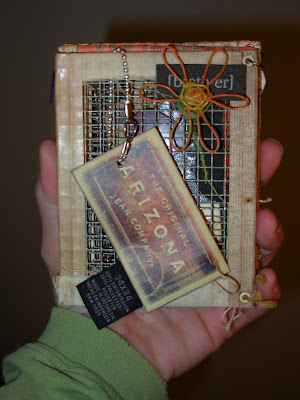 Today I thought that I would share with you an oldie but a goodie. I made this wire mini for my younger brother a few years back and pretty much forgot that I had wanted to make one for myself (that was before I photo-documented everything so that I wouldn't forget) so over the holiday season I happened to think about this little gem, asked him if I could take some pics of it and post it, he said 'sure' as I figured he would. And why wouldn't he, considering how cool this is .... yes yes sometimes I do amaze myself, but I can not take all the credit, I actually found this idea in one of my many idea books, so technically this is a scrap lifted mini. 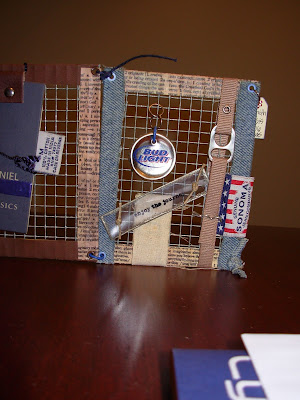 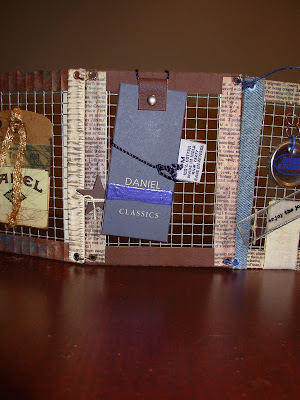 What makes this mini so fun is all the 'stuff' hanging off of it and the fact that although it doesn't have any photos, it still documents life. In it I included tags from clothes, the label from a pair of jeans, a guitar pic, (the yellow wire flower on the front was his own addition - I like it) and whatever else I could get my hands on that represented his life style at the time. The fact that I did it in wire was just a way for me to make a statement.....; ) 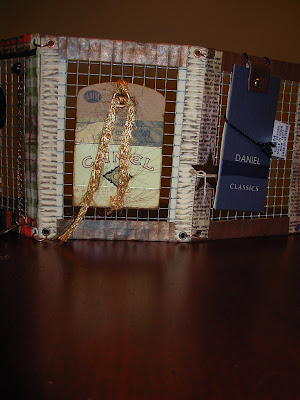 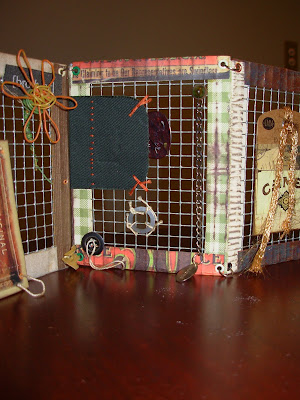 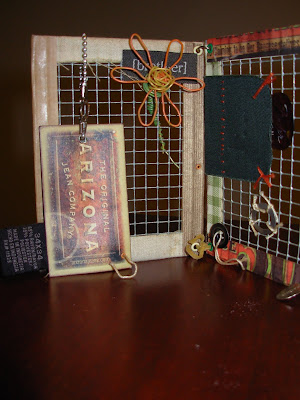 The other thing I did to this particular album, being that is it made from wire, is wrap the sides. Some sides are just wrapped in scraps of material I had left over from a long time ago, some are wrapped with speciality papers and then I think it's the end panel that is wrapped with an old pair of cut-up jeans. Aside from keeping little fingers from getting cut, it just looks way cool so... 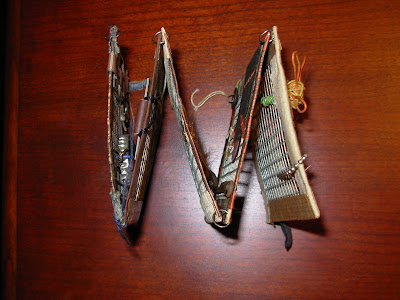 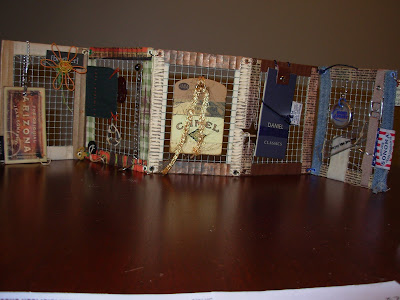 The other day as I was attempting to get somewhat more organized, I found 4 1/2 panels pre-cut from the same wire that I had used to make this mini, so guess what is now on my ever growing list of things 'to do'...hum? You got it, this little mini! It won't take long, I just need to decide if it's gonna be for me or someone else; being that I like it so much I think I might have to be selfish and make it about me, for me, yeah!

Well that's it for now, hope some of you are inspired to think outside the box!