in my need to understand this life to the fullest I have found that I am just plain tired...
I have thought for years that there has to be some deeper meaning to all this hustle & bustle of everyday living but as I get older and maybe not so much wiser, I now have my doubts.  And as with anything in my world...I relate it all to crafting and whether or not any of that has meaning....
the answer....
........I don't know
...I hope so
...but I just don't know
I'm tired...
many of you may have noticed....
.....I've been absent
....for quite awhile
and in my absence I have come upon some answers to a few of my questions but I have also come upon more questions...
curious minds want to know
....something
...anything..... 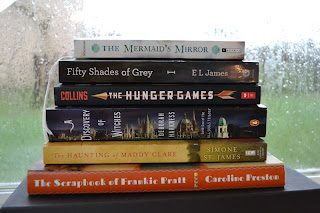 
I have done more reading in the past several months than I have in a very long time and I have been greatly enjoying it.
It's been a wonderful & well needed 'BREAK'!
A couple of the books I picked up on a recommendation from a podcast I listen to called the roundtable which is heavily focused on scrap booking, and then there are a few that I was just drawn to while sneaking around Barnes & Noble, then of course you have to get the 'best-sellers' don't you?.... while your out & about; so let me start with what I have read and what I am currently reading. 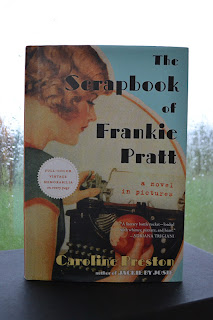 We'll start with 'The Scrapbook of Frankie Pratt' by Caroline Preston - this was a recommendation from the roundtable and in fact they had Caroline as a guest once to talk about this particular book.  What makes this book so special is that it is written completely with 'vintage ephemera', all the writing is done from Frankie's point of view in her 'scrap book'.  Now I don't know if many of you even realize that scrap books and the idea of them has been around for many, many years.  Back in the early 1900's a scrap book was mostly newspaper clippings, ticket stubs, dance cards, wrappers or packaging from something that was purchased and so in this novel that is how the story is presented and it is fascinating.  I will gladly give Caroline Preston my ^thumbs up^ if she wants it - not only is it visually intriguing (because all the images come from authentic vintage ephemera), the story it's self is fantastic - it's about a young 1920's female college graduate who is in the process of 'finding herself' - if you will.  Go check it out! 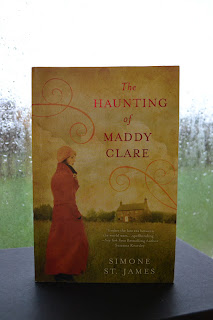 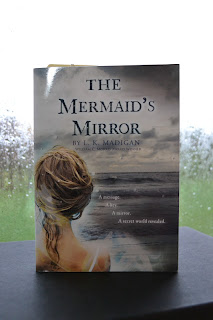 'The Haunting of Maddy Clare' by Simone St. James is the next one I have read.  This one just happened to catch my attention while @ Barnes & Noble one day and I knew I was in the mood for something unusual, this certainly fit the bill.  This one happens to be about a young woman who takes a job as an assistant for a ghost hunter and well needless to say....I couldn't hardly put it down.  The story takes place in 1920's England in the countryside and of course we all know that that place is full of ghost stories and superstitions.
It's a good read!

This is the one that I am currently reading and hope to finish within the week, 'The Mermaid's Mirror' by L. K. Madigan.  I picked this one up along with the one above when I was @ Barnes & Noble, something about the cover I think grabbed my attention and it turns out that I have become enthralled by this magical tale.  It also is about a young girl who isn't concerned with the average teenage drama that consumes all of her friends but by her own family mysteries
that by magic force their way back to her.  It's a quick, simple read - I've enjoyed it. 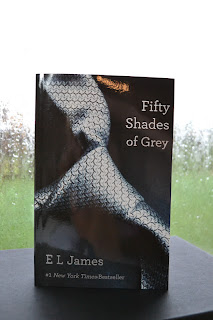 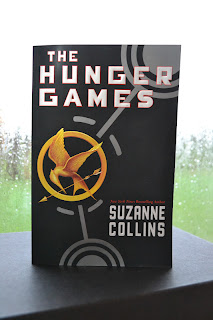 Now for the books in 'waiting' - all of which I know are 'best-sellers' but one in particular that I am taking a chance on.  The first one up is the 'Fifty Shades' trilogy, yes I am going to dare it.  I have heard numerous people talk about it and well...it's a must now....my curiosity has gotten the better of me and so this will be the next book I pick up as soon as I'm done with 'The Mermaid's Mirror'.  I have no reservations about it other than it's certainly risque, but then again why else would I pick it up, in complete set, to read otherwise.  I think it has promise....to entertain if nothing else....and well that is what reading is mostly about right???

Alright...this one probably looks familiar to all of you....yes a 'best-seller' for sure and now also a movie.  I remember when the previews came out for the movie version, I thought that it looked really good; but then I heard someone talking about how good the book series was - so I had to check it out.  Everyone knows that a book is always better than the movie version and usually by far....with one exception being 'The Green Mile' by Steven King (the movie version of that was absolutely incredible); so I opted for skipping the movie entirely and going straight to the source, unfortunately I only have the first book so far and now with all my other books lined up, I'm not sure when I will actually get to this one but hopefully soon....it has potential. 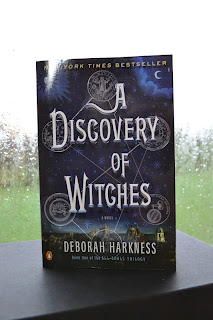 Now we've come full circle, here is the last book that I happened to pick up - also from Barnes & Noble, and well - I took a chance.
I love, love, love stories about mythical beings & creatures - such as: vampires & werewolves (my absolute devotion to 'The Twilight Saga' & the movie 'Interview with the Vampire' that was inspired by the Anne Rice series 'The Vampire Chronicles' - which I haven't read and maybe need to put on my list - hum *note to self*), then there are witches (a series written by Nora Roberts years ago called 'Three Sisters Island Trilogy'...wonderful - then the movie 'The Blair Witch Project' which came out under the impression of being a documentary then come to find out it wasn't true at all - but I still loved it regardless; and then of course lets not forget the movie 'Practical Magic' with Sandra Bullock - that's a good one), and then of course that brings us to anything that is influenced by magic - so I am hoping that this 'All Souls Trilogy' by Deborah Harkness turns out to be a great series too....we'll see.

...in the pages of my latest novel

...or amongst the stacks @ Barnes & Noble

...and most likely where I'll be hiding for a little while longer!

I'd like to tell you all that I have found the one answer to all questions and that I've uncovered the truth to this insane reality that we call 'LIFE'...but alas....I cannot tell a lie....I haven't found s**t!
So onward and upward I say and into the day I will play, and if I may also say...it's takes a good read to put your troubles at bay - so fear not - fret not - for the shadow that casts it dark mood will disperse in light of the full moon.

...whatever the hell that means

p.s. -DRAGONS- how could I forget about Dragons, our favorite movie as of right now is....'How to Train Your Dragon'!